I was looking for a photo the other day and it occurred to me I could probably have found it quicker if I had my Flickr albums organised by airline. (Some of my older photos aren’t tagged brilliantly.)

So I’ve now been through and added nine new albums based on the most prominent airlines in my collection. Well, eight airlines, and one military operator. I’m not sure if I’ll do any others as I can’t imagine any that would have more than maybe a dozen photos.

You can see the new albums below. Click anywhere on the image to be taken to my albums page on Flickr. 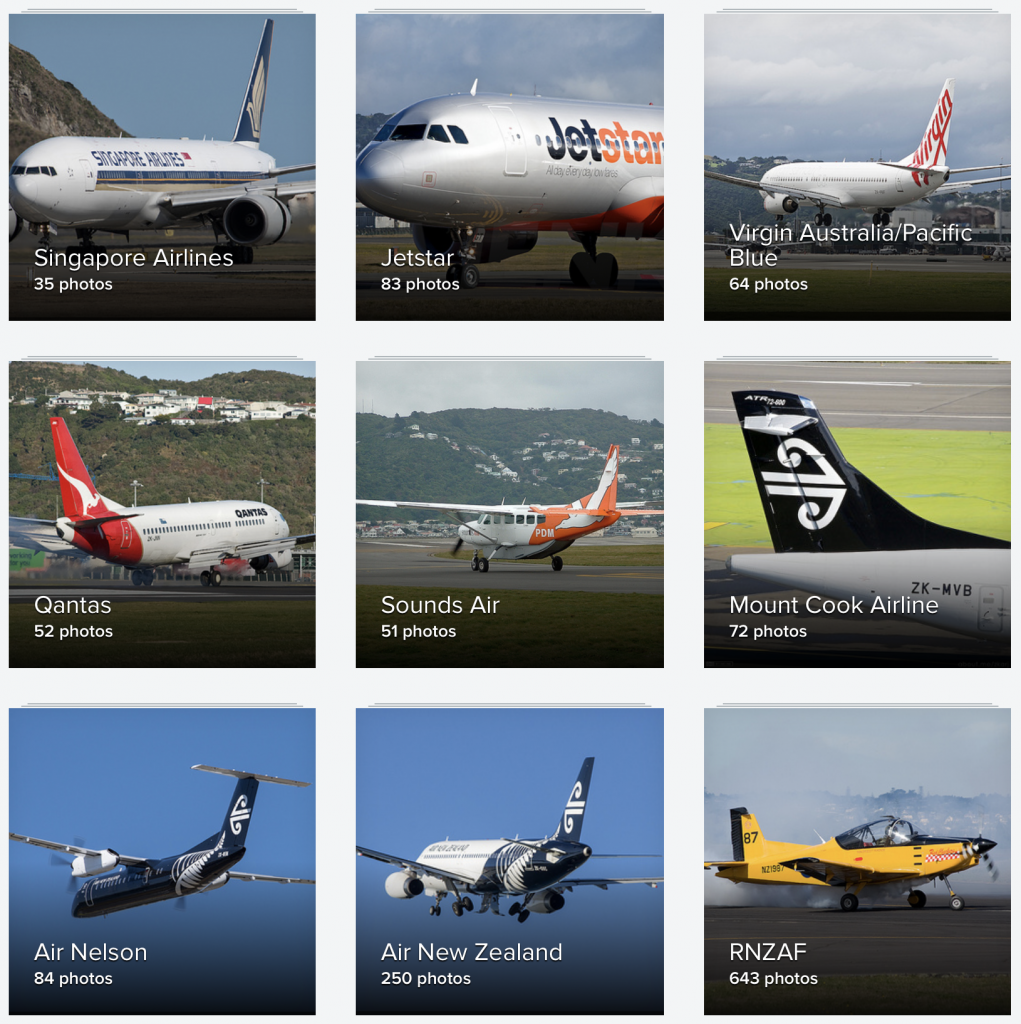