I’ve done it again. I’d been meaning to get to this album long before now so at least I had them all corralled in my asset manager, including 25 never before published photos!

These photos are over eleven and a half years old but DxO PhotoLab was able to furnish me, once again, with some super crisp output, this time doubling the published dimensions for most photos. Herewith, some of my favourites from the (renewed) old selection.

This isn’t a terribly sharp picture, but it stood up well enough to the new processing and, well, I just couldn’t leave it out! North American P-51D Mustang, ZK-TAF (aka NZ2415), makes an impressive fast-and-low pass downwind RWY03. It was everything I could do to snap this shot off having been surprised by the arrival. 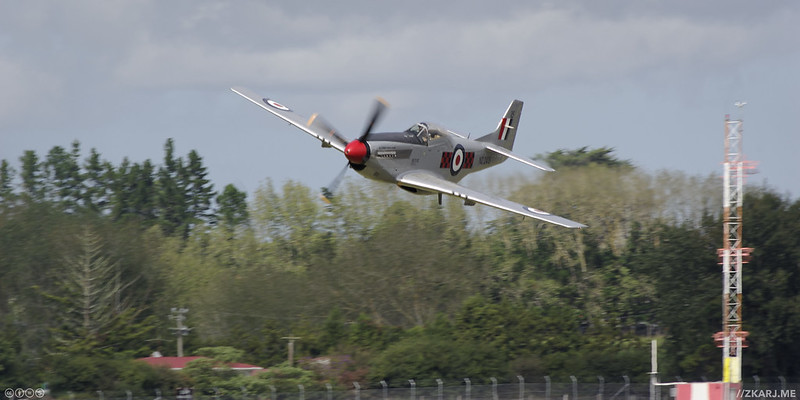 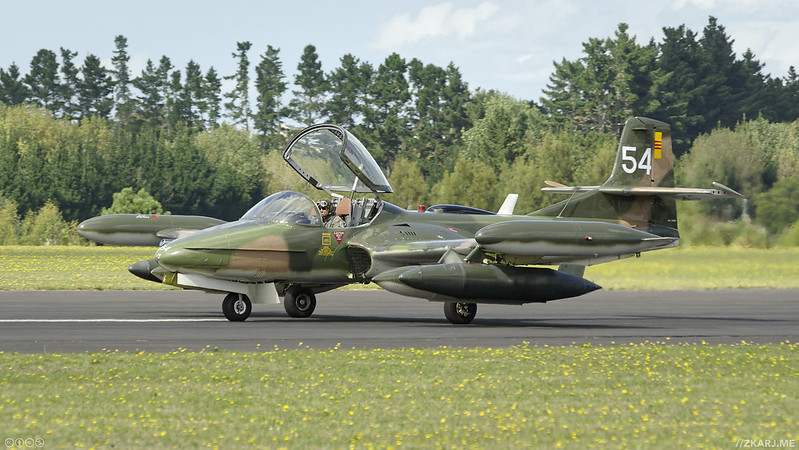 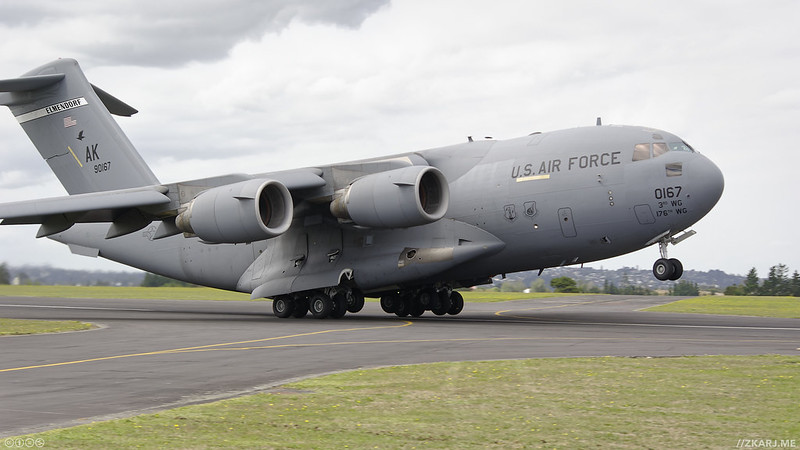 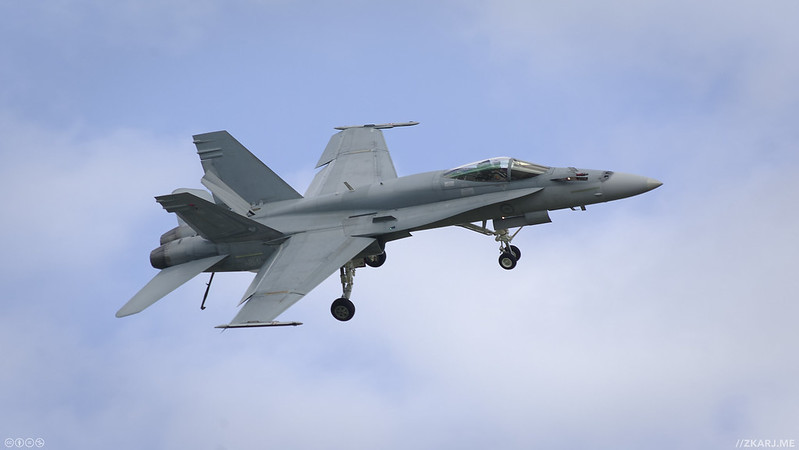 And now for some of my favourites from the newly added photos.

Once again, ZK-TAF makes a spirited pass, this time upwind, but looks more fabulous with the different sun angle. 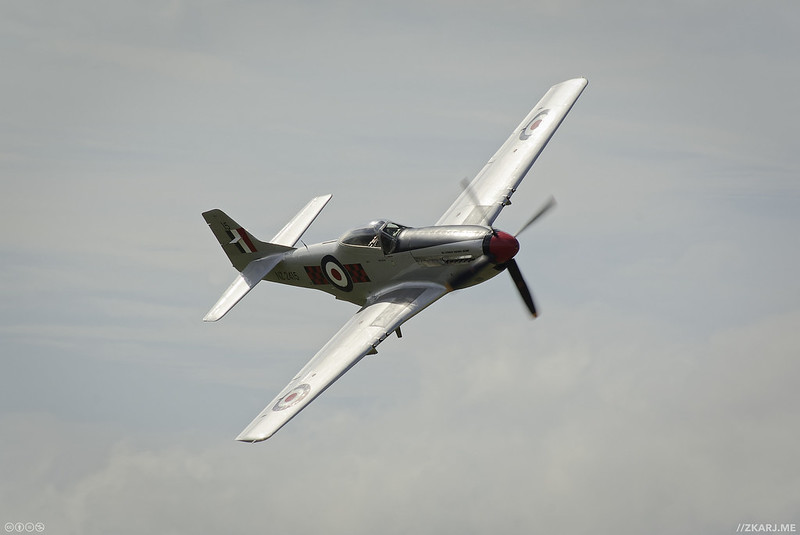 Bell 47G Sioux, NZ3702, of the RNZAF makes its own spirited pass, although it was using a lot less sky than the Mustang! 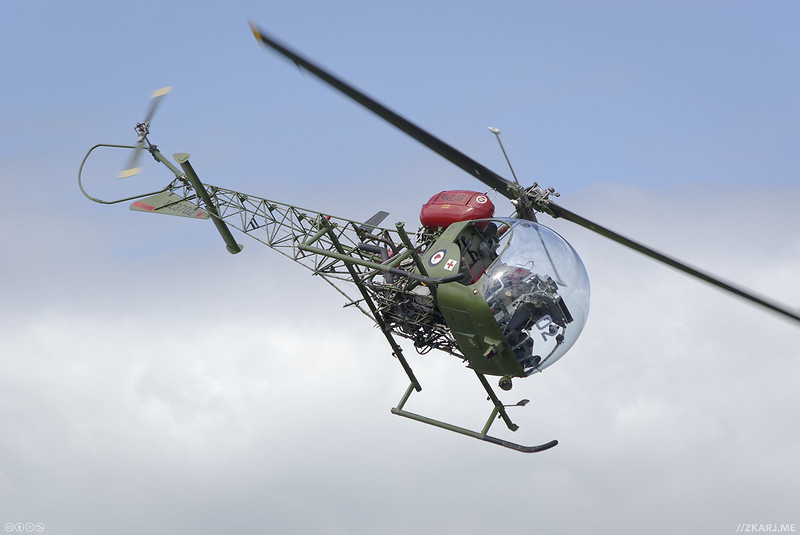 The RNZAF Red Checkers normally only used five CT-4E Airtrainer aircraft for a display but on this occasion they put up nine aircraft, all with the trademark cowls. This wasn’t the only unusual formation from these aircraft on the day as they also formed up with their forebears, a team of North American Harvards (in civilian use), and also a Beechcraft Super King Air of 42SQN RNZAF. 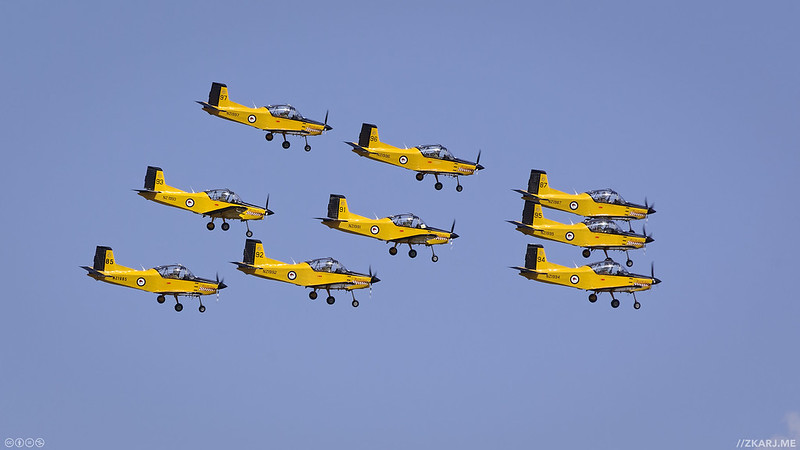 Last for this post is the RAAF Hornet, A21-11 again, this time in a more sedate pose at the end of the show. 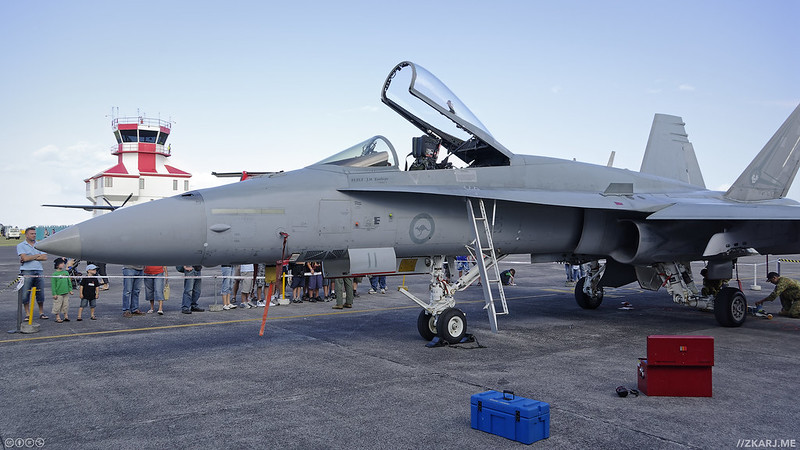 You can find the expanded album over on Flickr, or just check out the newly added photos.