It has been a while since I’ve posted anything new here – three months. But my camera has not been idle. In fact, I’ve upgraded my camera, but these shots below are from the old one. You’ll have to wait until I have the chance to train the new one on some TTF (Things That Fly – although…)

These shots cover three trips to Wellington Airport, though all within the space of less than a week in early August.

Friday 4th August was a bit of a miserable day, as these two photos show. The shadows cast on Wellington Aero Club’s Piper PA-38 Tomahawks, ZK-WAC and ZK-TAW, suggest some bright weather, but the sodden tarmac and the rainbow in the background suggest otherwise.

The weather is a bit more obvious in this shot of Mount Cook Airline’s ATR72-500, ZK-MCX, and Air Nelson DHC-8 Q300, ZK-NER (along with photo-bomber ZK-TAW). 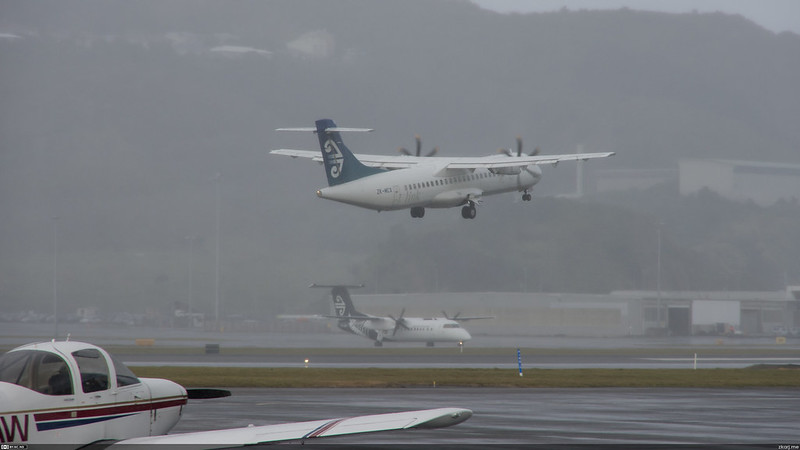 Roll forward to Saturday 5th August and the weather was a whole different affair, as seen here with Air Nelson DHC-8 Q300, ZK-NEE, lifting off into the blue sky, with the blue Cook Strait behind looking reasonably calm. 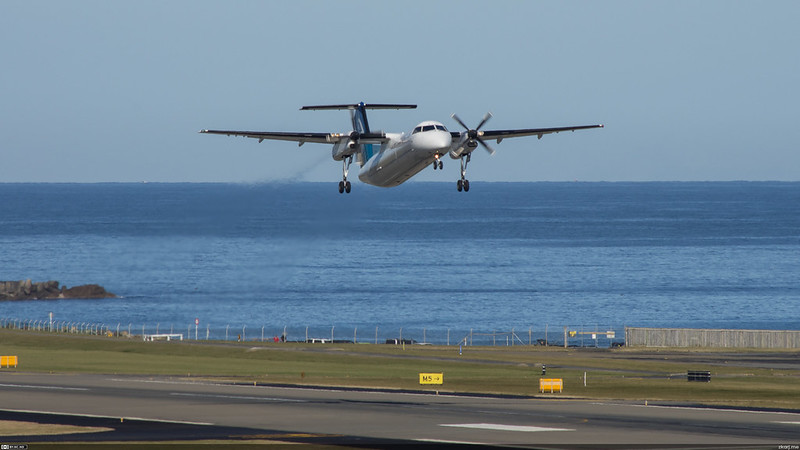 It was also a grand day out for those who took the Wellington Aero Club Nanchang CJ-6, ZK-MAO, aloft. 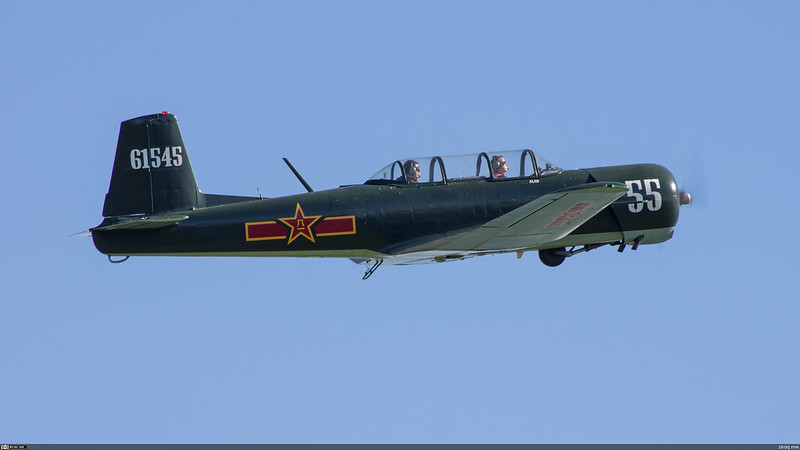 Come Wednesday 9th August, the weather had closed in again. It is winter, after all.

Mount Cook Airline’s ATR-72-600, ZK-MVH, wades through the puddles en route to the terminal, with Rescue 5 crossing in the foreground. Finally, this was the first time I have been on hand in the terminal for an arrival of Singapore Airlines’ Singapore-Canberra-Wellington service. Here you can see Boeing 777-200ER, 9V-SRP, a moment before touchdown. All of the photos from these three days can be seen over on Flickr.