I had a day off work, the sun was out, and I was encouraged to leave the house. You know what happened next.

There wasn’t a whole lot of traffic, but what was there was somewhat interesting, and I took photos from a bunch of different spots.

Speaking of spotting spots – I was up on the seawall at the south end of the runway when someone yelled “Restricted area!” from a moving vehicle. I didn’t see them so don’t know if it was AvSec or any other airport authority. I did move on not long afterwards but had AvSec decided to come and have a chat, they would certainly have had time before I left. I know there are “Restricted Area” signs, including one I passed by the windsock, but I’ve been going up there for YEARS as have all manner of people including groups of kids, walkers, dog walkers, mountain bikers, and I’ve even been up there when AvSec staff were around and they said nothing. Heck, I have a photo of an AvSec officer in the area with some other people. What’s the deal there? I note they are making it incredibly difficult to park anywhere nearby now.

Anyway, first up from the handful I’ll include here, I was rather pleased with this angle on Air New Zealand’s second youngest Airbus A320, ZK-OXL, which is now just a little over a year old. 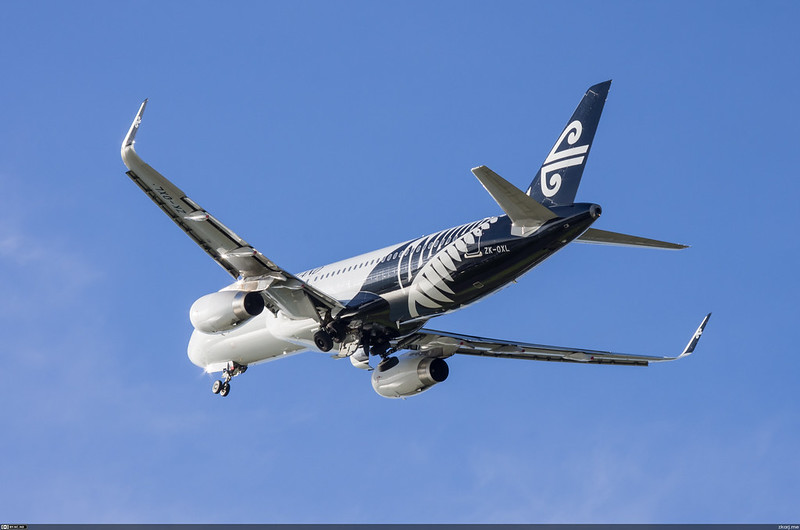 With the recent retirement of (almost) all of the freight Convairs, Air Chathams’ examples become more of a rarity. Here, ZK-CIF departs RWY34 at a fairly sprightly rate of climb for the type. Must have been lightly loaded as there wasn’t a whole lot of wind.

I think this is the first time I’ve seen Sounds Air’s corporate-configured PC-12, ZK-PLZ. It’s certainly the first photo I’ve taken. I was intrigued by the three different types of chocks in use. 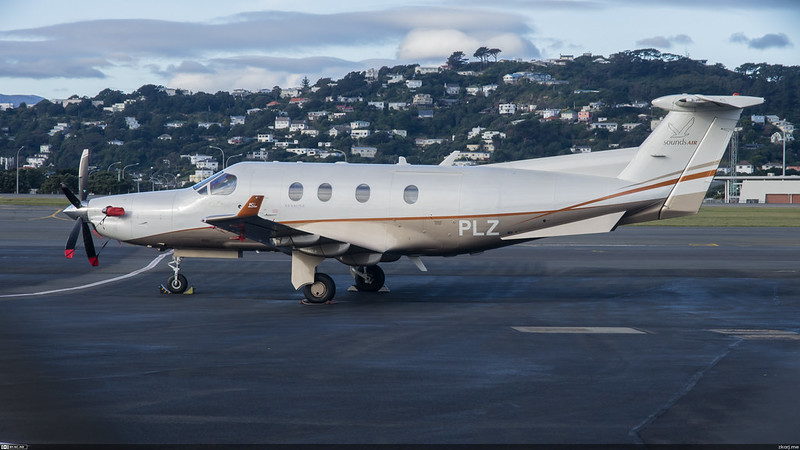 And finally, a new airframe for me, I think, is Singapore Airlines’ 777-200ER, 9V-SQK. I was astonished at how quickly it slowed on the runway after touchdown. I believe it is required to take the full length before exiting, but from what I saw it would have had no trouble exiting RWY34 at A4, possibly earlier. 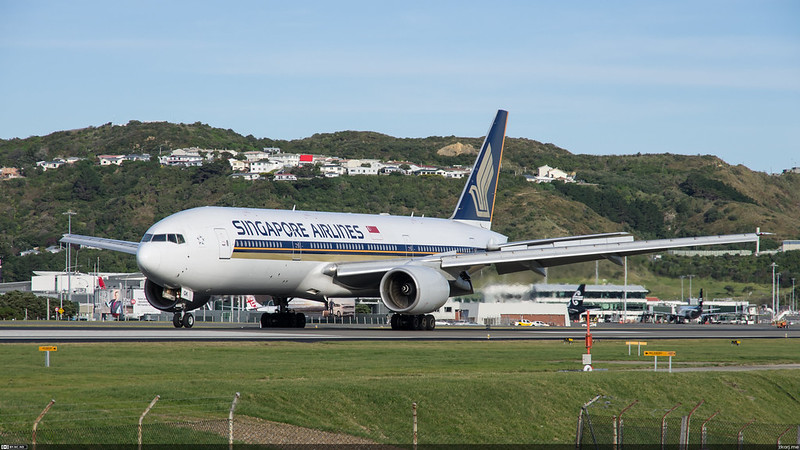 Interestingly, this was the second 777-200ER I had personally sighted on the day. From home, I watched 9V-SVI operating SQ297 pass by at around 16,000ft over Cook Strait on its way to Ohakea, where it was diverted due to fog at Christchurch. 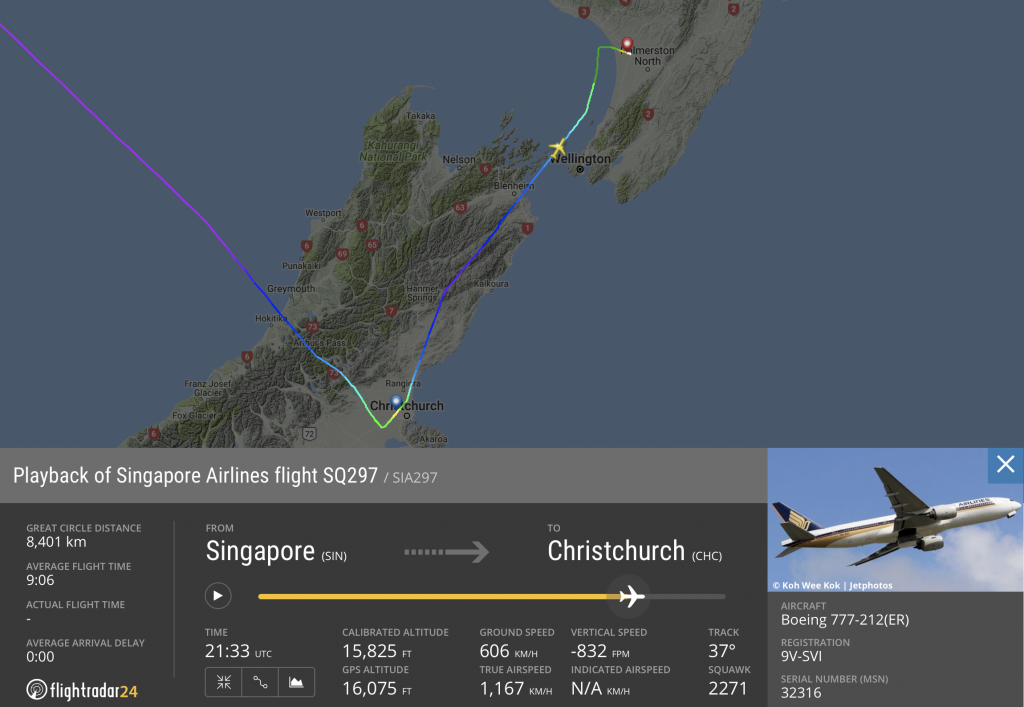 It flew on to Christchurch in the early afternoon, arriving four hours behind schedule.

I published a total of 24 photos from this visit, which you can find over on Flickr.