With this being the last day of my “holiday” I decided the sunshine was a good reason to head out to Wellington Airport for my first visit of 2017, and just in time to watch the Singapore Airlines 777 landing again.

Notwithstanding some blustery wind, the conditions were great for photography and netted me another 14 photos for my Wellington Airport album on Flickr.

First and last in my images, Piper PA-32 Saratoga, ZK-ZIG, of Golden Bay Air, arrived and departed via the main passenger terminal. I don’t think I’ve ever seen it anywhere other than the western apron before. All of my photos today came out super clear – so much so I reckon I could sell this photo to the lady in 1A! 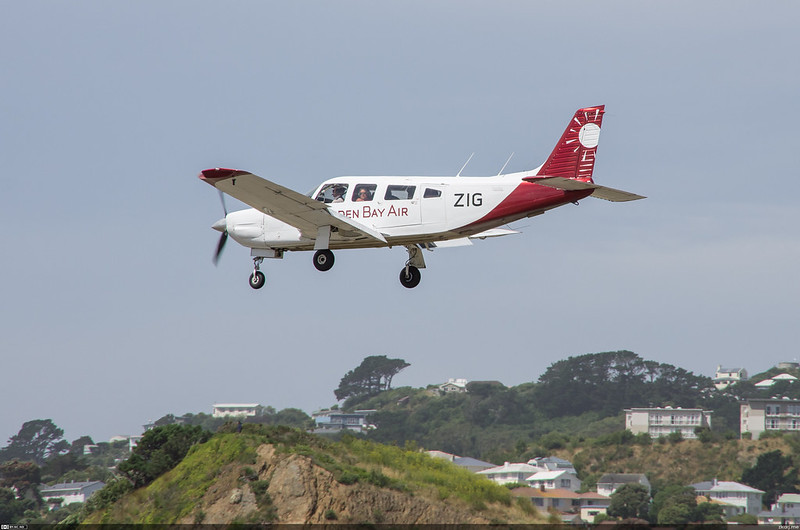 The main event, as it were. This time arriving from the south into the stiff northerly. I like how this shot turned out because there’s just enough of the seawall, the Moa Point rocks and the sea, plus a tiny glimpse of Pencarrow Head, so any local will instantly know where it was taken. Today’s service for Singapore Airlines was operated by Boeing 777-200LR, 9V-SQN. 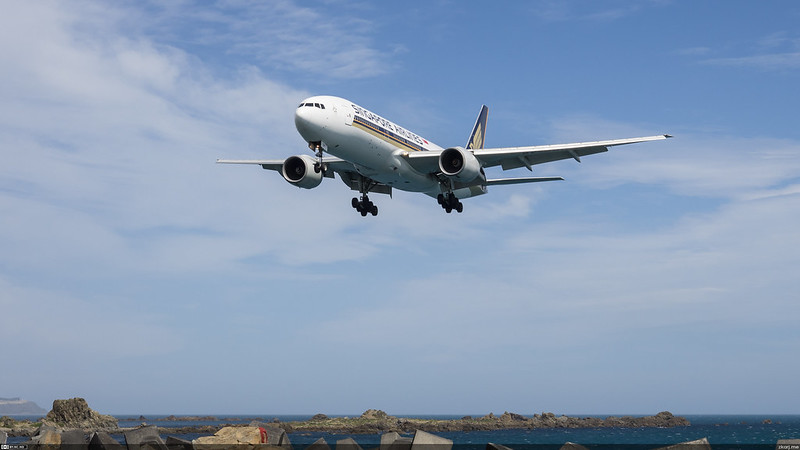 This little beauty snuck up on me so I was very happy my quick snap turned out OK, even if I did end up with a 1/2000″ shutter speed and a stopped prop! This is a 1955 model Cessna 172, ZK-MGR. It is relatively new to New Zealand, having been registered just a couple of years ago to a Blenheim address. All of its previous life, since 1956, was lived in the USA, where it was converted to a Lycoming engine and a Hartzell propeller added. 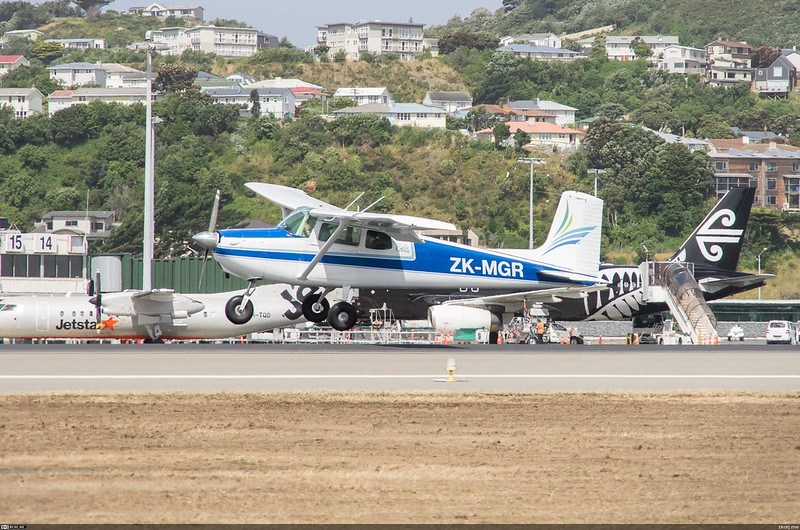 I just had to capture this scene. Air New Zealand Airbus A320, ZK-OXI (which I actually had not photographed before), was pushed back alongside the Singapore Airlines 777, showing just what a size difference there is between the two. That A320 is quite a bit closer than the 777! 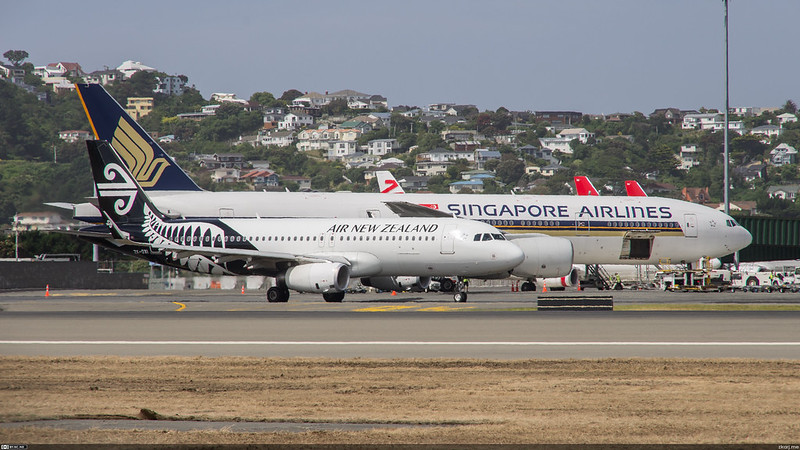 A pleasing study of Virgin Australia’s 737-800, VH-YIJ as it departed RWY34. While I often try to remove or minimise fences in my photos, this time I decided just to own it. 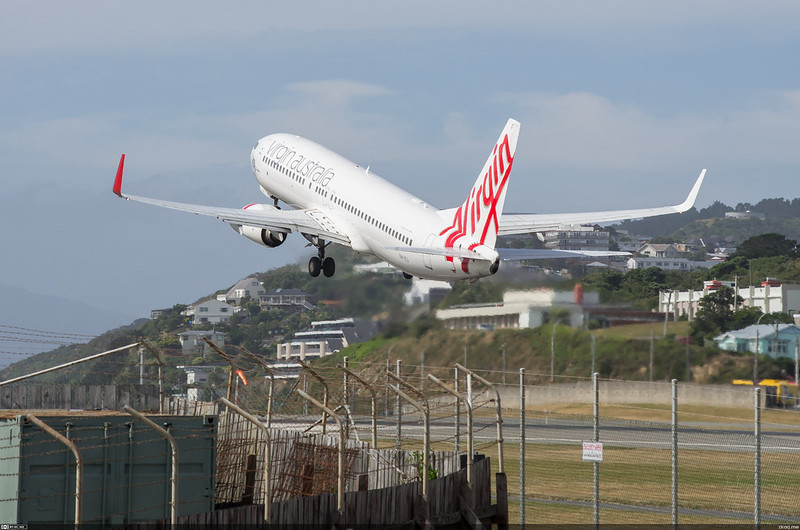 And finally, my most photographed A320, Air New Zealand’s ZK-OAB, rotates on RWY34. This time I minimised the fence. I could have got rid of that strainer in the corner, but the barbed wire crosses the whole bottom of the photo. Hey, you didn’t even notice until I pointed it out, did you? 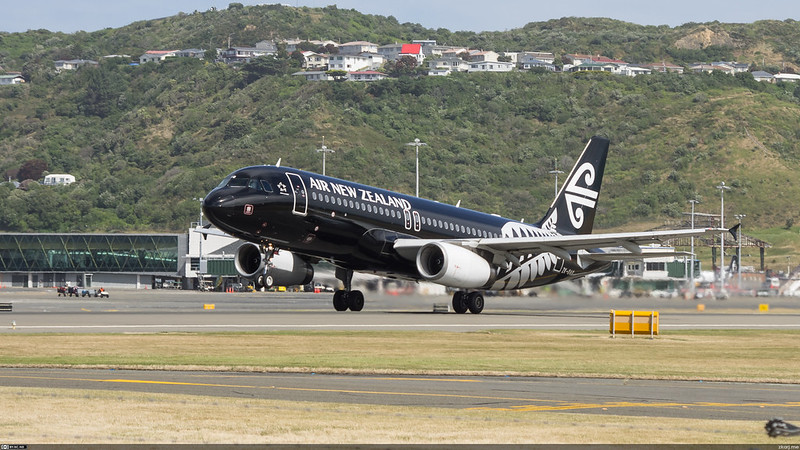 And finally finally, a little bonus. This is a quick snap I took of the progress in building Wellington’s new control tower, which is (curiously) located in the carpark of the adjacent retail centre. I was looking at it from near the runway tunnel today and thinking it looks an awfully long way back from the tarmac. I don’t know how much higher it will get, but the view of the apron directly in front of the western hangars can’t be great. This photo is taken looking roughly north, with Tirangi Road to the left. 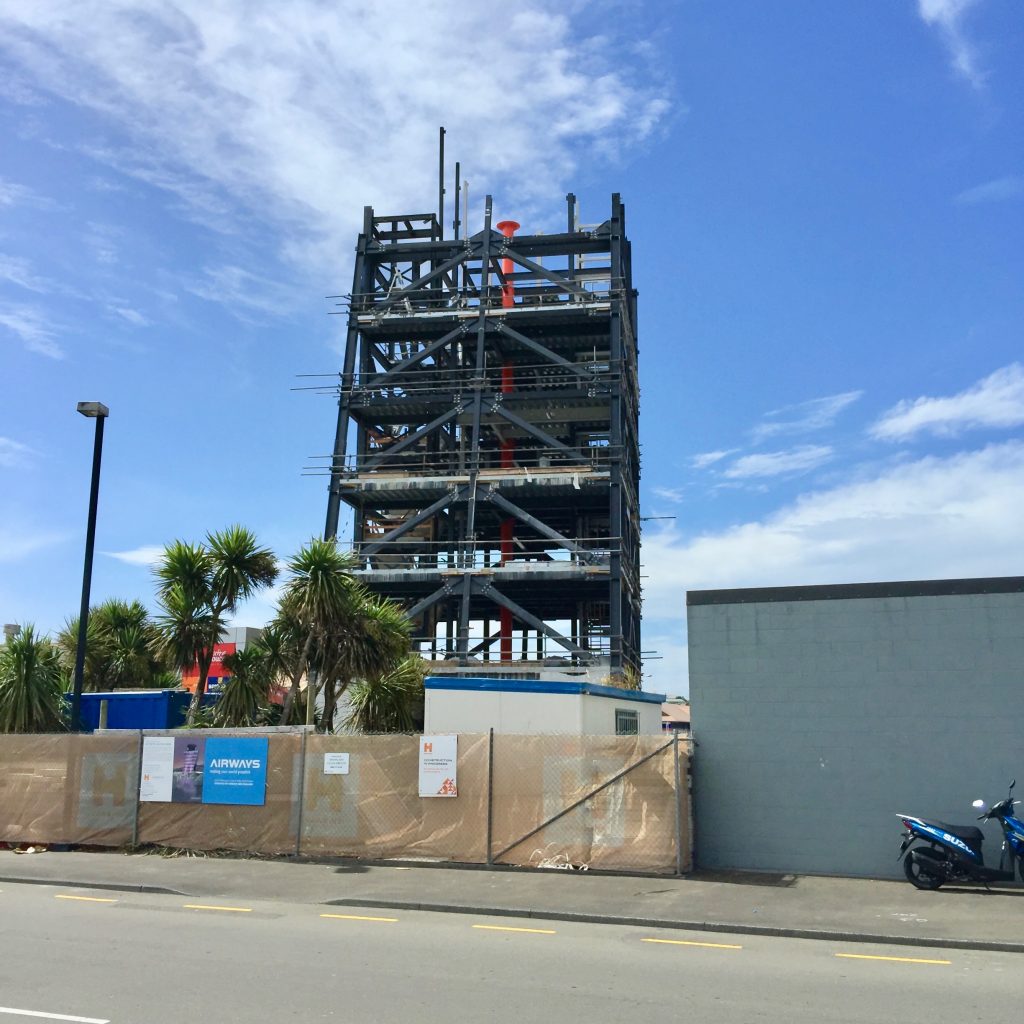