I managed to get to the airport today just in time to see the third arrival of Singapore Airlines’ SQ291 flight from Singapore and Canberra, along with quite few other spotters, as this was the first arrival on a weekend day.

I’ve noticed some negative slant in the media referring to this as Wellington’s first (so called) “long haul” flight, due to the stopover in Canberra, but there is never any such slant on NZ1 to London, which necessarily stops in Los Angeles. The Boeing 777-200ER travels nearly a third of the distance to Singapore before stopping and only spends about 90 minutes on the ground in Canberra where, importantly, passengers do not need to deplane. Furthermore, there is no need to do the hustle between terminals in Auckland nor worry about a delay on a domestic leg affecting connection to the international.

I wholeheartedly support Singapore Airlines’ commitment to Wellington with their imaginative routing and hope other airlines see fit to do the same.

Anyway, here are a small handful of photos from today.

First up, 9V-SRM (the second airframe to be used on the service after 9V-SRP flew the first two services) approaches the threshold of RWY16. 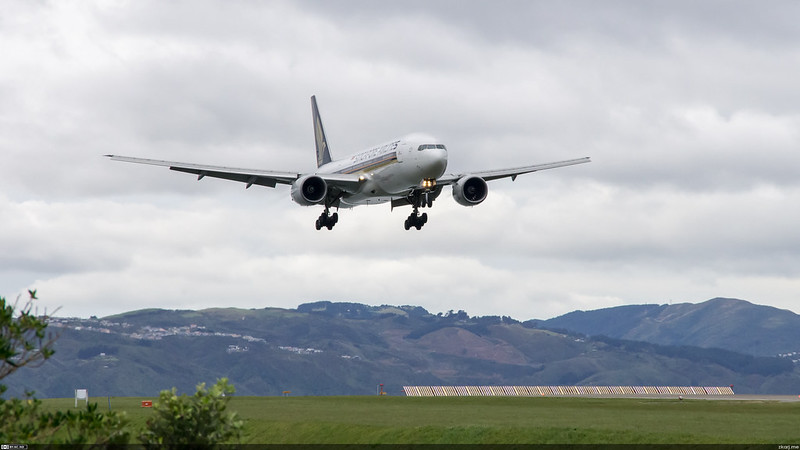 Next we see a magnificent profile moments before touchdown. I congratulated myself on having put my wider zoom lens on the camera before departing today. This is a very modest crop on a 31mm focal length image! 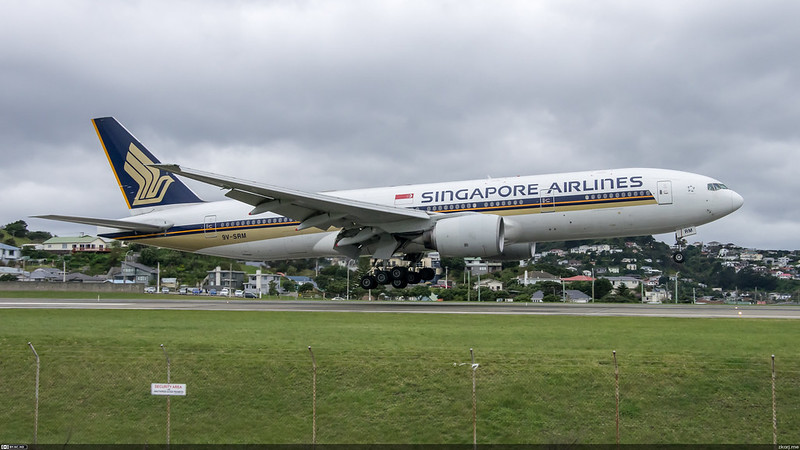 And finally a shot of it parked at Wellington’s infamous “Rock” international terminal, by this time swarming with airport workers who have around 5 hours to turn it around for the return trip. 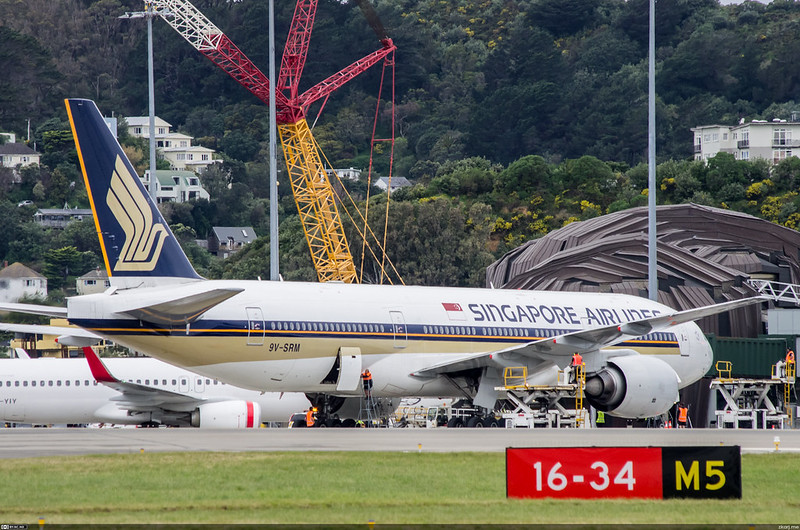 Oh, and one more thing. Here’s a bonus pic of a Jetstar regional DHC-8 Q300, VH-TQD just starting its engines for a service to Nelson. 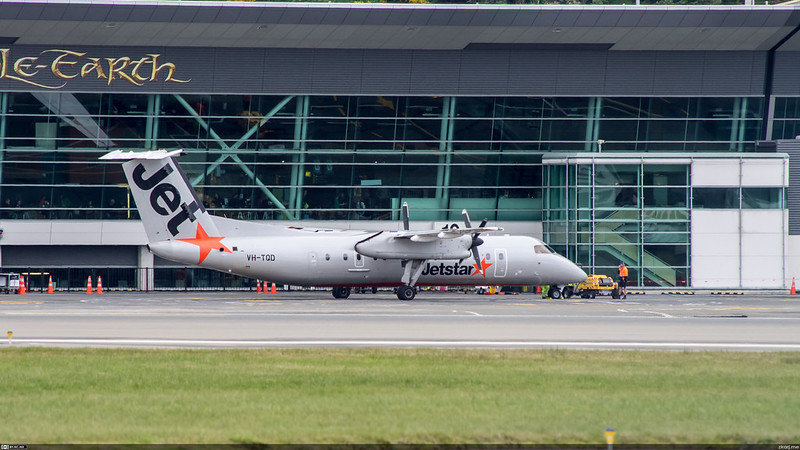