There are close to 1,000 photos in my Wellington Airport album on Flickr and I’ve been planning a little something to celebrate reaching the milestone. While I was going over the contents of the album, it struck me there was something missing.

Back in March 2007, a Polish Air Force Tupolev Tu-154M visited Wellington. Rodney caught it arriving on the 20th and commented on the impressive smoke trail.

I caught it departing on the 23rd of March and captured this first shot to show the power of the beast. Not only pouring out its own particulate but liberally redistributing anything loose behind. Not a day to be standing on the sea wall watching! 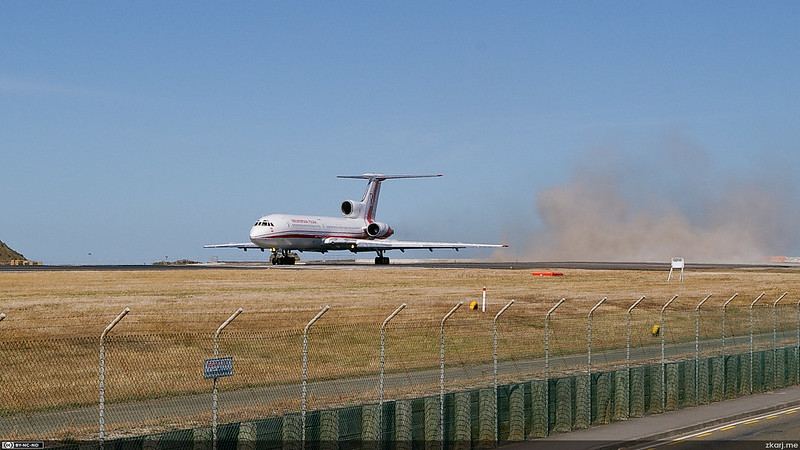 Here’s a more general view as it raced past on its takeoff roll.

I realised when I located these photos that they were taken the month prior to my decision to publish any aviation photos on Flickr. Before that, I was publishing them on my own site.

Keep an eye out here for something a little special when the album reaches 1,000 photos.