I went out to Wellington Airport again today with the express purpose of photographing a Jetstar DHC-8 Q300 which have so far eluded me. 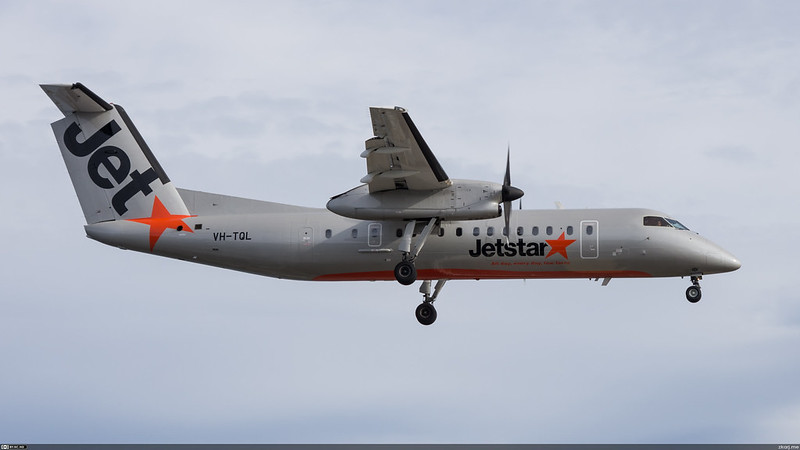 Job done! I’d sussed the timetable beforehand and noted one was due from Nelson at 11:20. It was only after I’d made it to the airport around 11:00 that I suddenly thought about Jetstar’s reputation for timeliness! Fortunately, it was within minutes of schedule.

It was quite blustery but there was a fair amount of GA traffic about including Wellington Aero Club‘s Cessna 172, ZK-FLT and two of their Piper Tomahawks, ZK-WAC and ZK-TAW pictured here passing over the field – something both Tomahawks did in succession. 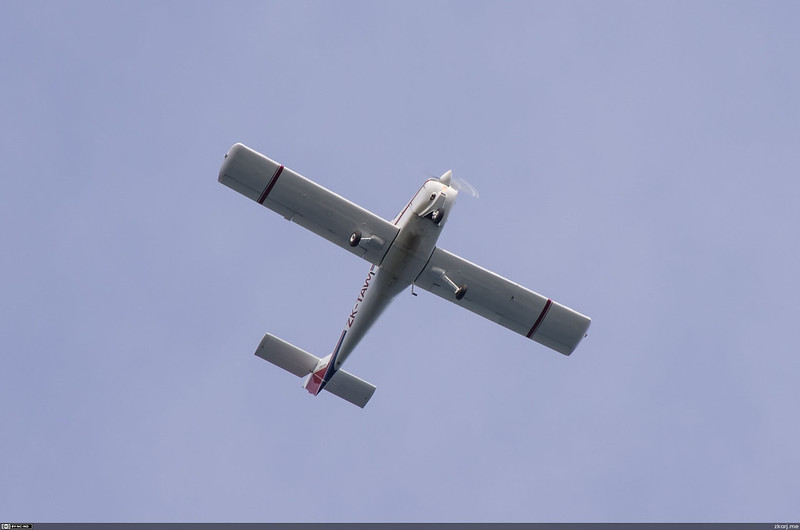 There was plenty of other Jetstar traffic, too. Another Q300 had departed right as I arrived (before I was camera-ready) and an interesting A320 had arrived. More on that in a bit. Meanwhile, here’s VH-VGT wearing a mismatched nose cone. 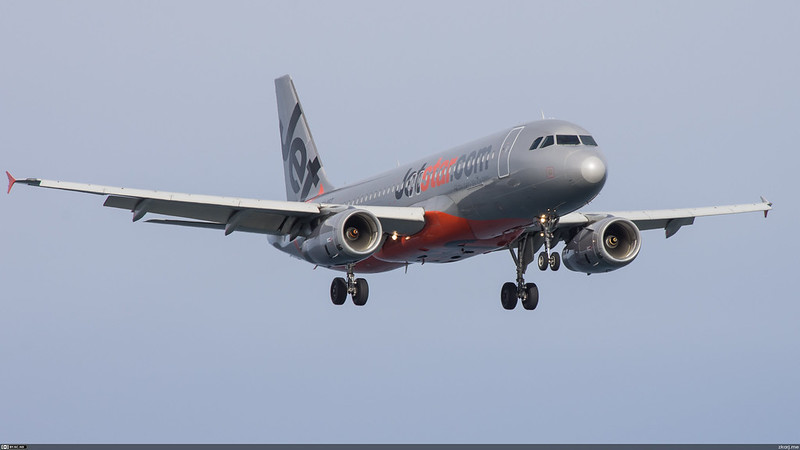 It’s often interesting to observe how the GA traffic mixes in with the commercial with this next situation being somewhat unusual to my knowledge. Aero Club Cessna 172, ZK-FLT, spent quite some time sitting at the hold point for RWY34. So much so that Air New Zealand Airbus A320, ZK-OXE, used taxiway Alpha 9 instead of the usual Alpha 10 or 11, and then proceeded to backtrack on the runway to obtain the full length. 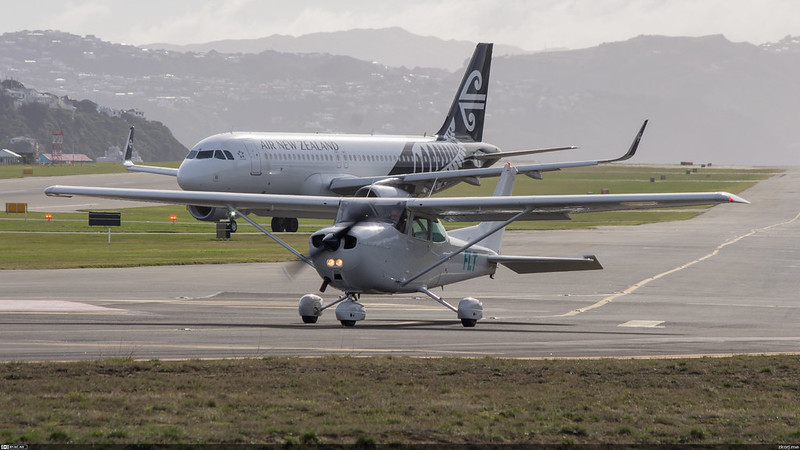 Finally, here’s the Jetstar A320 which had landed just as I arrived. VH-VFV sports a rather large advertisement for Sunglass Hut on both sides. Not your usual fare for special livery but it’s at least slightly less boring. 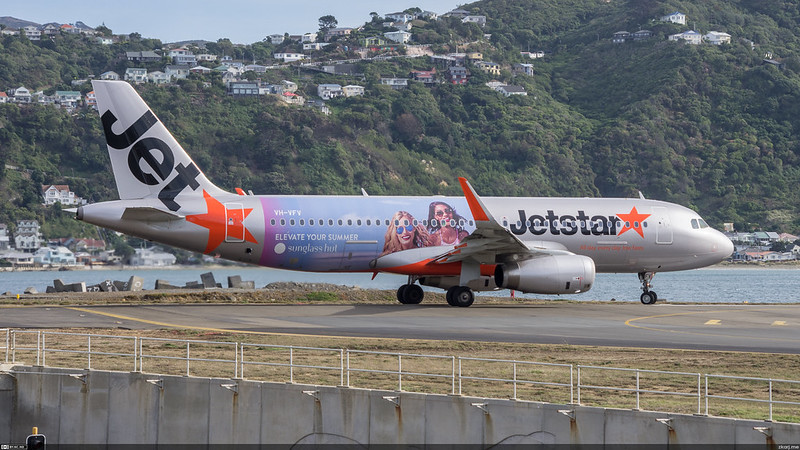 These are just a sampling of the 25 images I have uploaded today (out of a total 160 shot!)