Apologies for the title. It’s late and it has been a heck of a day.

And it was a heck of a weekend just gone, too, with no less than three visits to Wellington Airport for the purposes of picking up and dropping off family members. As the appointed chauffeur, I took my opportunities to train my camera on activities as time allowed.

I did this both from some of my usual spots around the airport and also from inside the terminal. There is a fair bit of construction work underway and other changes are being made to the apron operations I presume in concert. Amongst other things, there’s now a great opportunity to observe DHC-8 Q300 operations with Air Nelson’s examples lining up to three at a time in front of near-ground level windows.

Below are a handful of shots to whet your appetite. There are 55 shots in total over at Flickr.

First up, here’s an active scene around the Life Flight Trust’s hangar. Pictured are the “tug”, Jetstream J32, ZK-LFW, the patient transfer vehicle and, unrelated to the activity at the time, what I believe was Helicopters Otago’s BK117, ZK-IME. 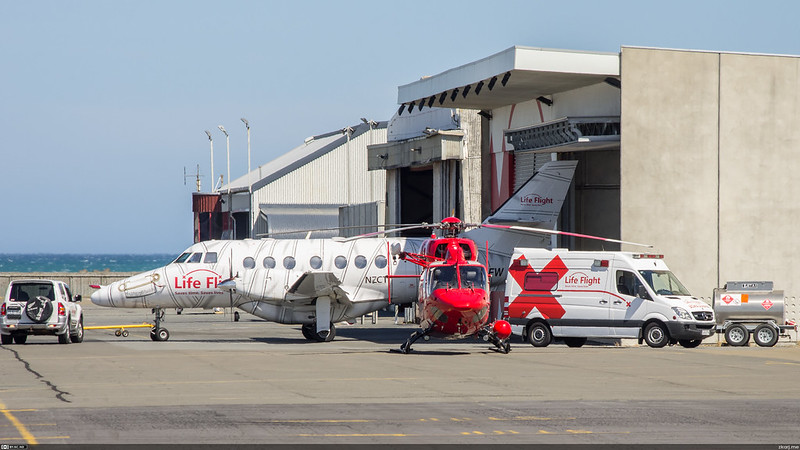 Next up is a close-up study of Jetstar Airbus A320, VH-VGF – the airline’s all-over bright orange liveried aircraft. We can see the pilots at work preparing for an early pushback. Yes! 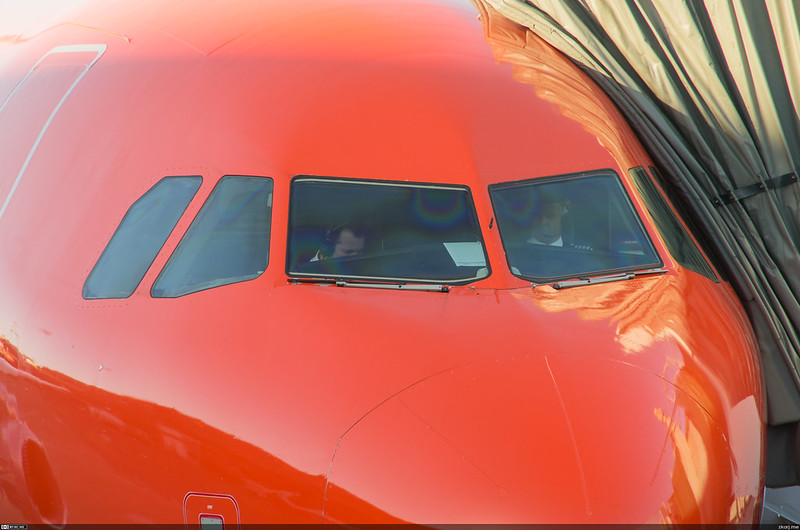 Here’s another action scene with the just arrived DHC-8 Q300, ZK-NFI. We can see the flight attendant, ground handler and pilots going about their business. Not to mention the A320 pushing back in the background. ‘NFI was one of the aircraft carrying a family member. 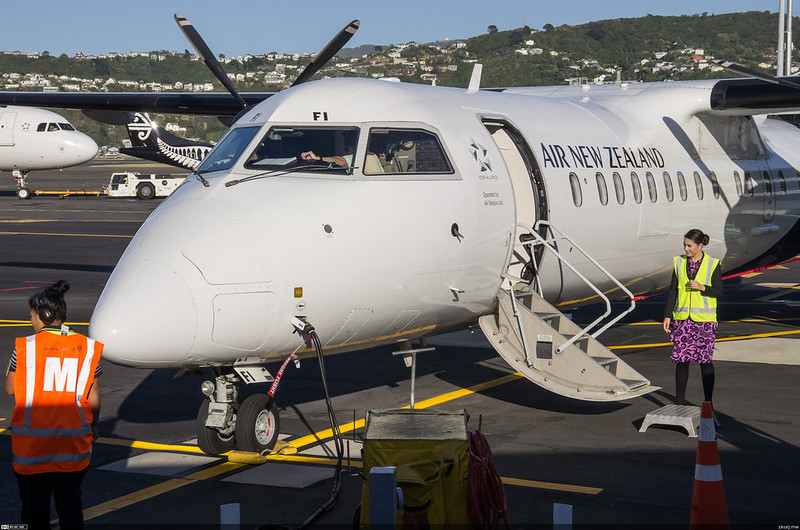 Over on the other side of the airport, I was checking out the RAAF C-17 (see below) when I was surprised by the arrival of Lowe Corporation’s BK-117, ZK-IBK. It’s been a while since I’ve been caught in rotor wash! 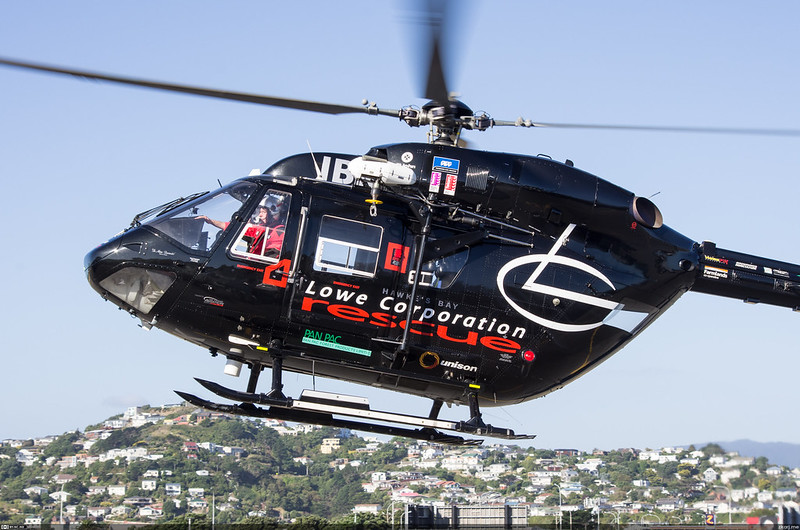 Here’s an aircraft type relatively new to the region, and this is the first occasion I’ve got any decent photos! One of Sounds Air’s Pilatus PC-12s, ZK-PLZ sits at the gate awaiting passengers, doors wide open no doubt to keep the heat at bay. 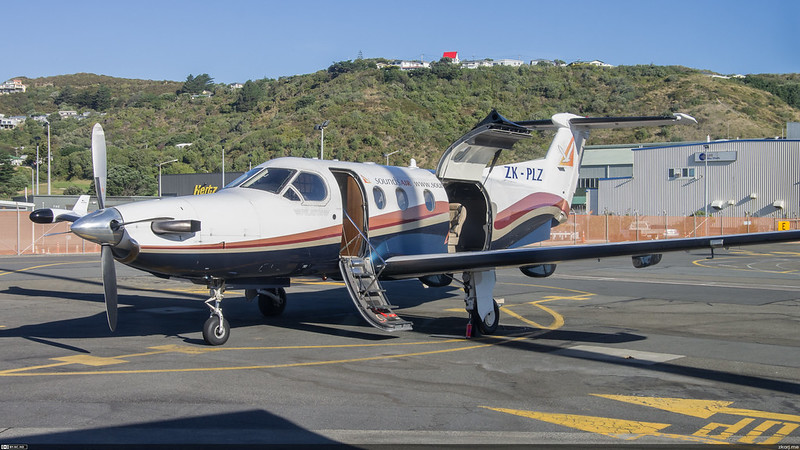 I’ve definitely got decent shots of Life Flight Trust’s Jetstream J32, ZK-LFW in flight before but I particularly like the angles and clarity I got this time around. 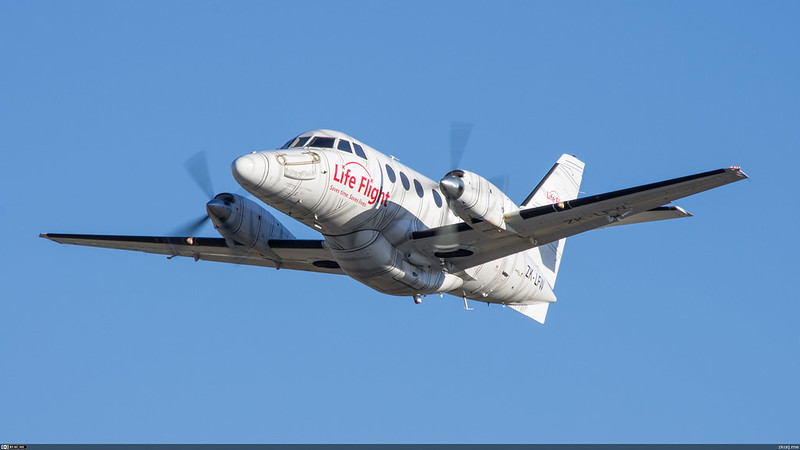 Last up, as mentioned earlier, here is RAAF C-17, A41-211 departing in the golden light. I’ve got several shots of this with things in the foreground which (in the other two cases at least) I think give it a distinctly Wellington flavour. 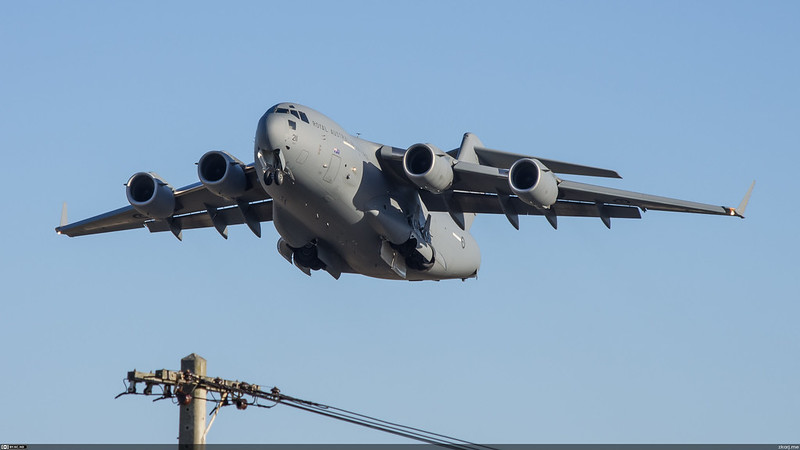