I managed to mis-time a short trip out to Wellington Airport earlier in the week. Too late to meet up with someone and too early to see much in the way of movements. I only took a handful of shots and three made the grade.

I’ve not seen a sharklet-equipped Jetstar A320 before so was pleased to capture VH-VFY departing. Another thing about my timing. A bright sunny day around noon is not ideal for photographing shiny aircraft. Thank goodness for post-processing! 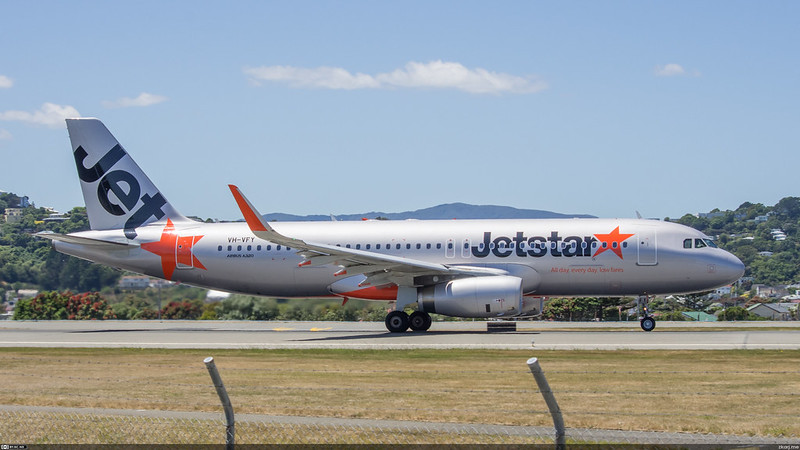 Friend of the blog Rodney commented recently about the number of air ambulances operating in and out of Wellington of late. This day was no exception with three examples present when I arrived.

Air Wanganui’s Beechcraft C90A King Air, ZK-MKG is a familiar sight and I’ve certainly captured it before, but I quite liked this new shot. 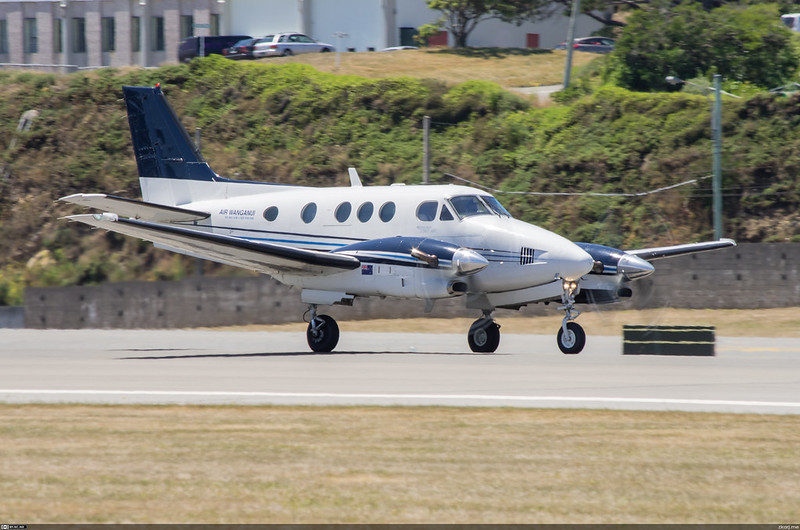 Finally, another very familiar sight is a Bombardier DHC-8 Q300, ZK-NEH, of Air Nelson (Air New Zealand Link). This is another example of my recent practice of not always going for the full aircraft in the frame. I quite like the detail present in this shot, including a pilot. 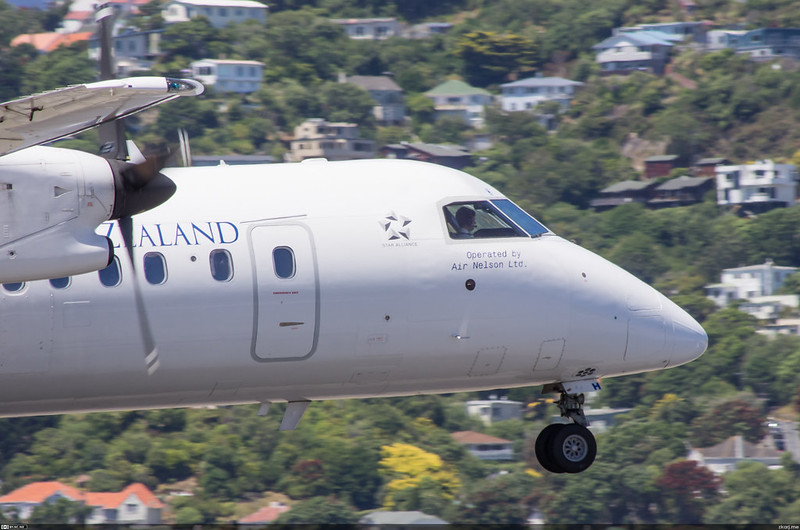 I noticed after posting the best of 2015 pictures that I had previously increased my Flickr upload image sizes from 1200 pixels wide to 2000 and somewhere along the line (probably as a result of a change of software) I had reverted to 1200. These new pictures are at the 2000 pixel size for your enjoyment – you can click any of them here to go to the Flickr page and see it larger.